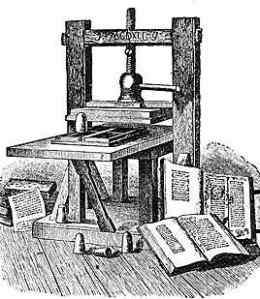 Living in Poipet Cambodia means I have zero access to English book stores. The closest English book store which has any decent selection is in Bangkok. So when I bought an iPad, and thus a Kindle, it was the equivalent of the Gutenberg Press being invented in my world. One click, five seconds, and I’ve got a new book without leaving my home–with dirt roads in a third world country. Easy. In fact it’s too easy! I’ve got to slow down on the purchases before I spend too much money.

But I’m grateful for the technology we have these days. And I’m not afraid to use it either. To be able to sit with the iPad and read a book, switch over to the net to look up a word I don’t know, or check out a reference from the book in more detail on Wikipedia or some similar site–it’s a great way to learn and grow.

Below are two books I read recently which I thought were excellent.

The Secret Thoughts of an Unlikely Convert
by Rosaria Butterfield

This is a great conversion story. Rosaria was an English professor, liberal activist, and a lesbian. She hated Jesus and she hated Christians even more. She was quite successful in her field and was a hero to many as she championed the gay rights movement.

At one point she wrote an article which had an anti-christian theme. She received fan mail and hate mail, which she divided into two boxes. One letter, however, was from a Christian pastor who gently challenged her beliefs by asking her questions about why she believes what she believes. She was unable to put that letter into the fan box or the hate box, nor was she able to throw it away, and it sat on her desk and bothered her for days. She eventually made contact with the Pastor and met him and his wife for dinner. That was just the beginning.

As I said, a great conversion story, a gripping book. You’ll have to read it for yourself. Here’s an excerpt…

“How do I tell you about my conversion to Christianity without making it sound like an alien abduction or a train wreck? Truth be told, it felt like a little of both. The language normally used to describe this odd miracle does not work for me. I didn’t read one of those tacky self-help books with a thin gentle coating of Christian themes, examine my life against the tenets of the Bible the way one might hold up one car insurance policy against all others and cleanly and logically, ‘make a decision for Christ.’ While I did make choices along this journey, they never felt logical, risk-free, or sane. Neither did I feel like the victim of an emotional/spiritual earthquake and collapse gracefully into the arms of my Savior, like a holy and sanctified Scarlett O’Hara having been ‘claimed by Christ’s irresistible grace.’ Heretical as it may seem, Christ and Christianity seemed eminently resistible.” 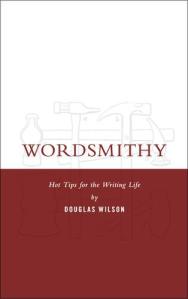 This book, Wordsmithy, is an enjoyable treatise on the art of writing. The chapters are short and to the point with straightforward practical advice. There are seven chapters each with seven points. At the end of each point Wilson provides a list of other resources you can read to learn more. I enjoyed this book and very much recommend it. If you want to write novels, non-fiction, blogs, or whatever, this book will help you.

Here are the seven main topics with brief descriptions as given by Wilson in the first pages of the book:

1) Know something about the world, and by this I mean the world outside of books. This might require joining the Marines, or working on an oil rig or as a hashslinger at a truck stop in Kentucky. Know what things smell like out there. If everything you write smells like a library, then your prospective audience will be limited to those who like the smell of libraries.

2) Read. Read constantly. Read the kind of stuff you wish you could write. Read until your brain creaks. Tolkien said that his ideas sprang up from the leaf mold of his mind: your readings are the trees where your fallen leaves would come from. Mind mulch. Cognitive compost.

3) Read mechanical helps. By this I mean dictionaries, etymological histories, books of anecdotes, dictionaries of foreign phrases, books of quotations, books on how to write dialogue, and so on. The plot will usually fail to grip, so just read a page a day. If you think it makes you out to be too much of a word-dork, then don’t tell anybody about it. Let’s keep it between you and me.

5) Be at peace with being lousy for a while. Chesterton once said that anything worth doing was worth doing badly. He was right. Only an insufferable egoist expects to be brilliant first time out. Some writers—those who live charmed lives—have been brilliant first time out, but this happens so rarely that we shouldn’t care who they are. You can’t copy them anyway. You can copy those who got good.

7) Keep a commonplace book. Write down any notable phrases that occur to you or that you come across. If it is one that you have found in another writer, and it is striking, then quote it, as the fellow said, or modify it to make it yours. If Chandler said that a guy had a cleft chin you could hide a marble in, that should come in useful sometime. How could it not come in useful? If Wodehouse said somebody had an accent you could turn handsprings on, then he might have been talking about Jennifer Nettles of Sugarland. Tinker with stuff. Get your fingerprints on it.