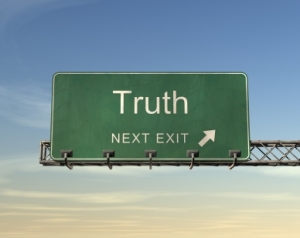 Using media as a missionary is a great tool to keep in touch with family and supporters who are far away. But there are times when the media is used to create a false picture of what’s really going on. I’ve seen it myself many times where missionaries blow up numbers, make things sound more dangerous/fantastic than they really are, and use stories and images to bypass the viewer’s intellect to get straight to their hearts. They have many reasons to justify it, but it’s always better to be truthful. “Buy truth, and do not sell it…”~Proverbs 23:23

Old Time was young, men’s hearts were all untried
By Grief and Sin, when round this whirling ball
Pure Truth and Falsehood journeyed side by side
In free companionship. At evenfall
Of that long day which closed the Age of Gold
They came to Pleasure’s lake, and both were glad
To cast their robes and seek those waters cold.
But Falsehood, first emerging, lightly clad
Her limbs in Truth’s white garments, fresh and fair,
And swiftly fled away with mocking mirth;
While Truth, disdaining Falsehood’s tattered wear,
Pursued. So still around the dizzy earth
Flies Falsehood, well-disguised in Truth’s array,
While Truth runs after, naked to the day.

I died for beauty, but was scarce
Adjusted in the tomb,
When one who died for truth was lain
In an adjoining room.

He questioned softly why I failed?
“For beauty,” I replied.
“And I for truth, — the two are one;
We brethren are,” he said.

And so, as kinsmen met a night,
We talked between the rooms,
Until the moss had reached our lips,
And covered up our names.

Don’t believe everything you read…

One response to “Truth is Better…”