Imagine you meet a man who was born blind. Think about what it would take to describe to this man the color red. In fact, it would be impossible for you to describe the color red to him because you would have nothing visual to refer to in order for him to understand–he has no visual experiences. “The color red is like…” All this man has ever seen is whatever it is a man born blind ever sees: nothingness, blackness. Or, does a blind person even “see” blackness? The only way people can know things is either by direct contact (“Here, try this barbequed chicken”), or by indirect reference (“Frog legs taste like chicken”). If we have no direct contact, or indirect reference to something, then we can not know that thing. The blind man can never know red unless it is directly revealed to him–he must be given sight.

“Which of these two things is more like God? A sinless archangel in heaven, or the bacteria floating around in your toilet? Neither one of them is more like God because there is no one like God!” 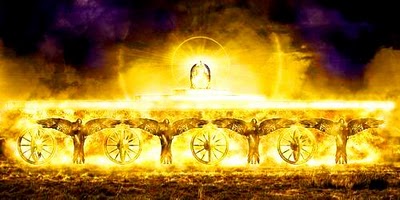 Think about Ezekiel’s vision. Ezekiel could not directly describe what he was seeing. All he could say was: “It looked like…”, or “It had the appearance of…”. There was no way for him to describe in his writings what he saw directly because that would have been like trying to describe the color red to a person who has always been blind. All he could do was refer to things which he had seen before. Everything he was seeing in his vision were things he, not only had never seen before, but were things he couldn’t ever possible even imagine.

Woman In Green by Pablo Picasso

Even the most strange painting by Picasso is inspired by things the artist had seen before.

So, to try to imagine God directly is to make another idol.

“When the scripture states that man was made in the image of God, we dare not add to that statement an idea from our own head…” (pg 7)

“…(we must not try to) break down the wall, infinitely high, that separates That-which-is-God from that-which-is-not-God.” (pg 7)

So it is clear that we can not build a bridge over the gap of incomprehensibility which exists between us and God. Is there no hope then? Of course there is–God builds the bridge through Jesus.

“In Christ and by Christ, God effects complete self-disclosure, although He shows Himself not to reason but to faith and love. Faith is an organ of knowledge, and love an organ of experience. God came to us in the incarnation; in atonement He reconciled us to Himself, and by faith and love we enter and lay hold on Him.” (pg 9)

“‘What is God like?’ If by that question we mean ‘What is God like in Himself?’ there is no answer. If we mean ‘What has God disclosed about Himself that the reverent reason can comprehend?’ there is, I believe, an answer both full and satisfying. For while the name of God is secret and His essential nature incomprehensible, He in condescending love has by revelation declared certain things to be true of Himself. These we call His attributes.” (pg 11)

So what is an attribute?

That takes us to chapter three.

(Back to chapter one) 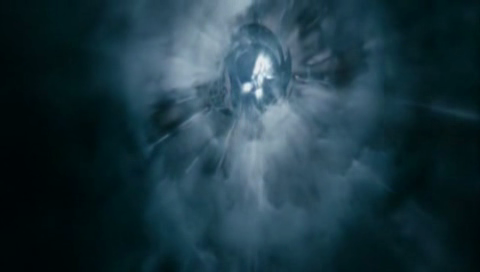